CHANGES FOR THE BETTER……..

It would seem that the changeable weather back in the UK continues, with changeable perhaps being the kindest of descriptions!

The terrific Sahara heat that has effected Southern Spain for the last few months has at last subsided in Morocco, giving way to warm days and mild evenings/nights…….. The down side is that freak rain in the middle region has caused some flooding and damage……but hey-ho can live with that!

So, by time you receive this months “Blog” entre our first trip of the 2015 Autumn Season will be underway with a small group “Recce” style adventure…… then it’s back to normal scheduling into the New Year.

Unless we have any clients drop-out or move their bookings all the remaining tours for the rest of 2015 are now FULL ……. In fact there are now very few places left for NEXT YEAR. 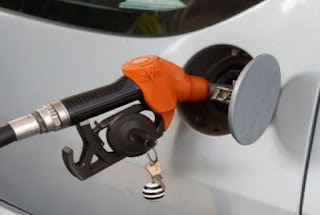 The cost of foods in Morocco has just taken a slight rise, more a seasonal issue rather than a trend I think. But compared to the UK, or anywhere else in Europe for that matter, shopping for supplies in Morocco is not just fun but it is also incredibly cheap. And it gets better……..

The Ministry of General Affairs and Governance announced that the price of diesel oil and premium gasoline had dropped yet again in Morocco during August.

I will leave you to work out the conversions rate more relevant to your visiting schedule, but at the time of writing it works out that diesel is around 53.75 pp ltr. What’s that, half UK price?

A PICTURE IS WORTH A THOUSAND WORDS………

Yes, that’s what they say but is the picture genuine and a true image of the event….and then what would the subsequent words replay?  With that in mind you have to wonder who would be recording and distributing pictures and videos of “Non-Crimes” and why.

A number of fake video clips have been published in recent weeks along with complaints about the "lack of security" in Morocco. In one case it is believed the scenes of crimes where actually committed in other countries had been edited in order to make them appear as incidents in Morocco. Police have released a statement saying that a number of Facebook pages showing footage of the crimes that took place in several areas across Morocco are also false.

Multiple media reports in Morocco said dozens of young criminals armed with knives and swords stormed the beach of Rabat, mugging bathers and abusing whoever tried to resist. According to these reports, many citizens were injured during the attack. Again these crimes and facts have proved to be totally false and groundless.

The statement added that the Directorate of National Security took these videos seriously and conducted a thorough investigation regarding the crimes shown in the footage's. The investigation revealed that some of the footage's contained crime scenes that in fact accrued in other countries, with scenes having been cut and edited from their overall context and mixed with other scenes to make viewers believe the incidents took place in a number of the Moroccan cities.

Moroccan police have arrested four individuals after discovering that these videos of "crimes" had been faked and their investigations continue. 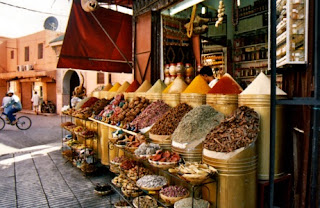 A recent Chinese study report has said that eating spicy food, at least twice a week, can be associated with a longer life. It found that people who eat spicy food for one or two days a week had a 10% reduced risk of overall mortality, compared to those who had a spicy meal less than once per week.
Interestingly, the study revealed that those who ate spicy foods almost every day had a 14% lower risk of death……also it said, “Spicy foods may also affect gut bacteria which has been related to various chronic diseases such as diabetes, cardiovascular disease and obesity.”
The report continued that adding dried or fresh chili peppers to meals is associated with a greater life-expectancy; yet, the study advises eating fresh over dried for better results. The study also found that those who consumed fresh chili had a lower risk of death from cancer, ischemic heart disease and diabetes.
Chili peppers contain capsaicin, an ingredient which has previously been documented as an anti-obesity, anti-oxidant, anti-inflammatory, and anti-cancer factor.
So it would seem that if you start adding those chili peppers to your meals, you could end up living longer or at least your taste buds will be having a spicy experience………Perhaps! 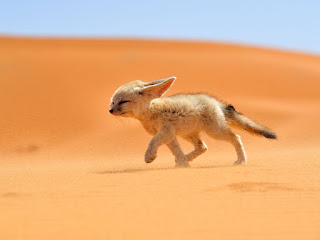 Its far to say that it is rarely seen in its natural habitat by clients during their time at the various desert locations we use on our tours. To be honest that’s more to do with the nocturnal habits of both our motorhome owning clients who tend to be well tucked-up and the Fennec Fox is out and about at that time………….

The fennec fox or fennec (Vulpes zerda) is a small nocturnal fox found in the Moroccan Sahara. Its most distinctive feature is its unusually large ears, which apart from hearing, also serve to dissipate heat

The fennec is the smallest species of canid in the world. Its coat, ears, and kidney functions have adapted to high-temperature, low-water, and desert environments. In addition, its hearing is sensitive enough to hear prey moving underground. It mainly eats insects, small mammals, and birds.

More frequent sightings are during the day when local children, having chased, trapped and captured the creature stand by the side of the road or tracks hoping drivers will stop for a “Cute” picture………and of course pay.

I would of course discourage any interaction with the roadside opportunists, in captivity the fox rarely lives long…….just stay-up a little longer, you never know!

In its leading role in the fight against religious extremism that has in recent years emerged in Africa Morocco has gone to huge efforts to promote the true image of Islam through an in depth program of training imams for most of the African countries and some European countries.

On March 27, the king of Morocco inaugurated in Rabat the Mohammed VI Institute for the Training of Imams, Morchidines and Morchidates [religious preachers], which is a project that will further enhance Morocco’s religious influence and anchor the Kingdom’s attachment to the precepts and fundamentals of Islam.

In this regard, Robert Holley, a former U.S. diplomat, said, on May 26 in Washington, that “the requests from several African countries for training imams in Morocco constitute a clear recognition of the success that Morocco has had under the King’s leadership in adopting a multi-faceted approach to the issue of combating extremism and violence in the region.”

A COUPLE OF GOOD REASONS……….

Stating the obvious perhaps but if you are thinking of visiting Morocco here are a few good reasons you should go .......

Stunning Landscapes………..Morocco’s diverse landscapes are a paradise for adventure-trekkers and motor home's [or any vehicle] alike. The High Atlas Mountains offer astounding views of Berber villages nestled among deep-red hills and lush green valleys. For the adventurous at heart, there’s Mount Toubkal, the highest point of the High Atlas Mountains at 4167m above sea level. You don’t need to be in tip-top shape to explore Morocco’s mountain terrain, for example the Ourika Valley with its Berber villages, just south of Marrakech, is simply breath taking.

As you travel towards the desert region, the cultivated hills of the Atlas Mountains give way to rugged arid hills dotted with ruins of ancient Kasbahs. From here you can travel along the old trading routes to get to the Saharan dunes of Erg Chebbi near Merzouga.  Interesting sites along the way include Ait Benhaddou, the Todra Gorges, the Draa Valley and the Valley of Roses.

For the ultimate desert experience, join a camel trek at sunset and spend the night in a Bedouin tent. There’s nothing more inspiring than waking up to the sight of the sun’s first rays hitting the sea of dunes.

Magnificent Cities ………..The imperial cities of Fez, Meknes, Marrakech and Rabat are steeped in a wealth of history. Home to lavish palaces, vibrant souks and exceptional Islamic architecture, these cities will appeal to anyone with a keen interest in Moorish art and history.

Each of these majestic cities has its own charm.  Get lost in Marrakech’s maze of bustling souks, visit the old tanneries of Fez, and explore the ancient medina of Meknes.


Rich Cultural Heritage…………….From the storytellers of Djema el Fnaa to the Berber drum circles in the Sahara, customs and traditions are still very much alive in both urban and rural Morocco. The strong presence of these traditions is mostly what makes Morocco such an intriguing destination.

Top cultural experiences in Morocco include spending a few days with a Berber family and visiting rural markets, where you get to explore the Amazigh culture through cooking, farming and music.

Unmatched Cuisine………..Moroccan cuisine is highly sought-after the world over, and rightly so. Most Moroccan delicacies are infused with a variety of spices, making dishes like the tajine and the harira remarkably flavorsome. Food is the heart of Moroccan culture, and meals are always bountiful.

For a genuine taste of Moroccan cuisine, have lunch in a Berber village, where traditional dishes are prepared with dedication.  If you’re feeling adventurous, spend a night trying out different delicacies at the food market in Marrakech. Meanwhile, culinary tours give you the opportunity to learn the secret of preparing Moroccan dishes.

Moroccans are known for being a warm and welcoming people, and almost anyone who’s been to Morocco can attest to this. In fact, hospitality is an important principle in traditional Islamic teachings.

Some shopkeepers will ask you to sit down for a conversation over a pot of tea. Others might even invite you to their home for lunch. In Berber households, guests are provided with an abundance of food and treated as family.

Moroccan hospitality will leave an indelible mark on you. This alone makes Morocco a country worth visiting. 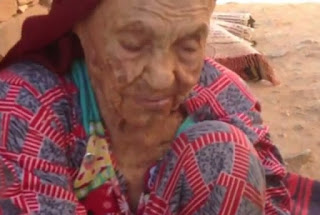 A good few years ago, on a “Recce” to the Jbel Saghro area, just south of Iknioun, I was introduced to this amazing lady by our guide………..Incredible.

Aisha Heddou, a Moroccan woman living in the rural commune of Iknioun in the Tinghir province who is allegedly 130 years old, is likely the oldest living woman in the kingdom, if not in the world.
Though her age is unverified, the lady has lived under the reign of five Moroccan kings. If her age is verified, she would be the oldest living woman in the world.

The oldest people in the village said that “when they opened their eyes to the world, Aisha had already been there in their small village. She is a great woman; we all call her ‘Ma’ (mother). She is the living memory of our tribe and our history. She is very poor, but the smile never leaves her, and she never complains.”

Aisha has never received any medical care from a doctor or other specialist. She has never taken any medicine, only some natural remedies she prepared for herself.
Like most of the people in the region, Aisha lives on natural foods, mainly cereals, meat, vegetables, and fruits. 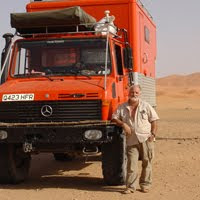